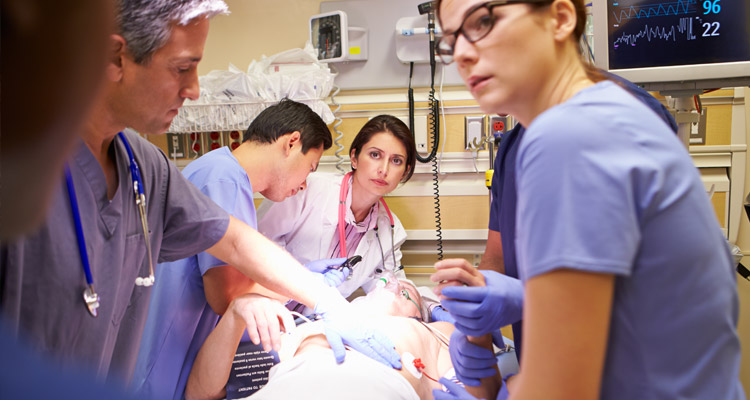 We sought to describe and analyze discrepancies between sexes in the outcomes of patients hospitalized for ruptured abdominal aortic aneurysms (rAAA) by conducting a retrospective analysis of the Nationwide Inpatient Sample. The review included all adult patients (≥18 years old) hospitalized with a primary diagnosis of rAAA between January 2002 and December 2014. In-hospital mortality differences between females and males were analyzed overall and separately among those receiving endovascular AAA repair (EVAR) or open AAA repair (OAR). In-hospital mortality for females declined from 61.0% in 2002 to 49.0% in 2014 (P for trend <0.001), while mortality for males declined from 48.6% in 2002 to 32.2% in 2014 (P for trend <0.001). Among those receiving EVAR, females were significantly more likely to die in the hospital than males (adjusted odds ratio [OR], 1.44; 95% CI, 1.12–1.84). In addition, the odds of mortality among those receiving OAR were higher for females than males (adjusted OR, 1.14; 95% CI: 1.00–1.31). These data provide evidence that despite overall decreasing trends in mortality for both sexes, females remain at higher risk of death compared with males regardless of surgical repair procedure.