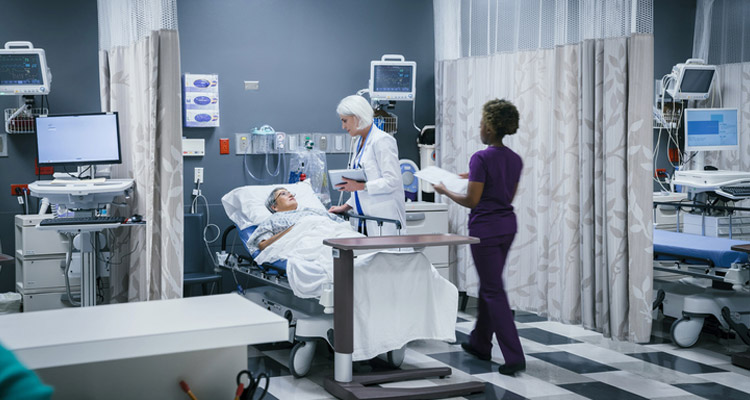 We aimed to provide estimates of the volume and associated charges of acute ischemic stroke (AIS) visits in the US, as well as to assess predictors of patient disposition following an emergency department (ED) visit for AIS. Our study was conducted using the 2010–2013 data from the Nationwide Emergency Department Sample. We identified adult visits with AIS as the primary diagnosis. A generalized linear model was used to calculate mean charges per visit after adjusting for covariates. Multinomial logistic regression was used to assess predictors of patient disposition following an ED visit for AIS. The national incidence did not appreciably change over time, increasing from 26.4 to 27.0 visits per 10,000 adults. Adjusted mean charges per event were highest in the West, increasing from $3,761 in 2010 to $4,575 in 2013. Multinomial logistic regression showed that older age was associated with increased likelihood of both hospital admission and mortality in the ED, while male sex was associated with lower odds of mortality in the ED. Despite improvements in primary and secondary prevention of cardiovascular disease, AIS remains a significant burden on the health care system with a high volume of ED visits and increasing charges for care.