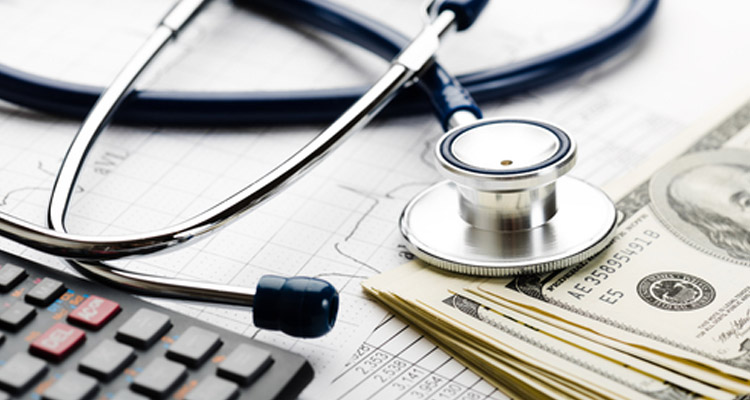 States Start To Take The Reins On New Payment Schemes

While we wait to see which Trump administration drug pricing proposals may stick, some states have started to play the hand they have been dealt and formulate near term solutions to impact drug affordability on a more local level. Here we will take a closer look at the “Netflix model” that not one, but two states have implemented to make hepatitis C virus (HCV) drugs more affordable for Medicaid programs. Under such a model, a flat fee is paid for unlimited supply of drug in a defined population. Given the fragmented nature of state health Medicaid programs, it is too early to say if these might become standard nationwide, but these early initiatives are worth following to see if they gain wider traction either in HCV or therapeutic areas.

Though extremely potent direct acting antivirals (DAA) have been approved in the US since 2013, treatment has been out of reach for many infected individuals on Medicaid or who are incarcerated simply due to cost in light of ~$80,000 list price per treatment regimen. There had been a logistical component for the incarcerated population, where infected individuals were not always in jail or prison long enough to be treated, but this has become less of an issue as treatment duration has come down as drug potency across viral genotypes has risen. These simplified treatment regimens have also cut down on the manpower needed to treat making treatment logistically and economically more feasible in prison health centers. While 340B pricing (a mechanism for access to lower cost drugs available to certain hospitals) has been a route to more affordable drug costs for incarcerated patients in some states, this is only in a select few that have a prison system integrated into a university hospital that is otherwise already eligible for 340B pricing.

The state of Louisiana has led the charge to establish a Netflix model for drugs in that state. Around the beginning of John Bel Edwards’ term as governor of Louisiana that started in 2016, the Louisiana Department of Health received letters from both the Centers for Medicare and Medicaid Services and health advocates that bemoaned the availability of HCV drug treatment to Medicaid patients in that state. In 2017, only 388 of the total 35,000 HCV patients that depend on the state for healthcare were treated with Sovaldi[1]. In June of that year, the Department of Health, under Rebekah Gee, reached out to Dr. Peter Bach and team at Memorial Sloan Kettering Cancer Center’s Drug Pricing Lab, a think tank focused on drug pricing and health insurance coverage. Bach and company’s analysis of Louisiana’s predicament found the state would need to spend an estimated $760 million to treat all Medicaid patients in the state, when assuming an $80,000 per patient price tag, the rough list price of DAAs. Though Louisiana’s Medicaid budget is roughly half the state budget overall, the $760 million figure is larger than what the state spends on K-12 education, Veterans Affairs, and Corrections combined. Further complicating the healthcare investment is that Louisiana is required to produce a balanced state budget each year. According to Gee, the state reached out to DAA manufacturers directly to inquire about discounted pricing but were unable to negotiate better pricing through that route[2].

Louisiana then looked to emulate an approach taken by Australia for “lump sum remuneration” which that country instituted in 2015. Authorities negotiated a five-year arrangement for ~1bn Australian dollars for an unlimited volume of DAAs from suppliers. Australia has calculated they have been able to treat an additional 93,413 patients than initially projected without such an agreement[3].

Bach, along with Louisiana Senator Bill Cassidy and Mark Trusheim of MIT’s NEWDIGS, a drug pricing think tank, embraced the Australian effort and adapted a model for Louisiana’s use. Under the subscription model, Louisiana would commit to an annual capped spend in exchange for universal drug access for a specific patient population over a fixed period. Of note, Louisiana anticipated it might need a waiver from CMS to implement such a model, but learned it would instead be able to utilize aspects of the supplemental rebate program for Medicaid and the 340B program for the corrections population.

A request for information (RFI) was put forth in August 2018, which elicited comments from 13 stakeholders including providers, payers, and industry[4]. By January 2019, the state issued a request to choose a partner[5], followed by a March 2019 announcement that AbbVie, Merck, and Gilead Sciences, via its Asegua Therapeutics subsidiary, had submitted responses[6]. By the end of that month it had selected Gilead/Asegua, with expectations to have a contract in place by June 1 and an implementation date of July 1 this year[7].

All in all, this seems to be a fairly impressive three-year timeline from idea to execution. Shortly after the Louisiana news, the state of Washington announced it had selected AbbVie as the winning bidder of a similar subscription model effort that state is moving forward[8].

Other state initiatives to watch

Three states have gotten approval for State Plan Amendments (SPA) that enable Alternative Payment Models specifically for Medicaid prescription drugs in the form of outcome-based contracts with biopharma manufacturers. The SPAs allow for negotiated contracts for drug-specific outcomes measures around parameters such as adherence (patients taking medication on the frequency as prescribed, rather than skipping or missing doses) or reduced hospitalizations (drug regimens having kept patients out of the hospital). Michigan, Oklahoma, and Colorado’s efforts are all at various stages – Oklahoma’s initial one-year contract is scheduled to end in July 2019, with three separate contracts concluding soon after. Colorado and Michigan do not yet have contracts in place[9].

Surprise billing is another area where states are making headway. Surprise billing occurs in situations where a patient sees an out-of-network (OON) provider or facility, and his/her insurance only picks up a portion of tab given the OON status, leaving the patient with the remainder, known as balance billing. As of January 2019, nine states had enacted comprehensive protections, with another 16 having enacted some partial protections[10] against OON providers in emergency departments or in-network hospitals. The momentum has helped lead to proposals at the federal level, with multiple proposals already made in the current congressional session[11]. We await future initiatives at both the local and federal level.