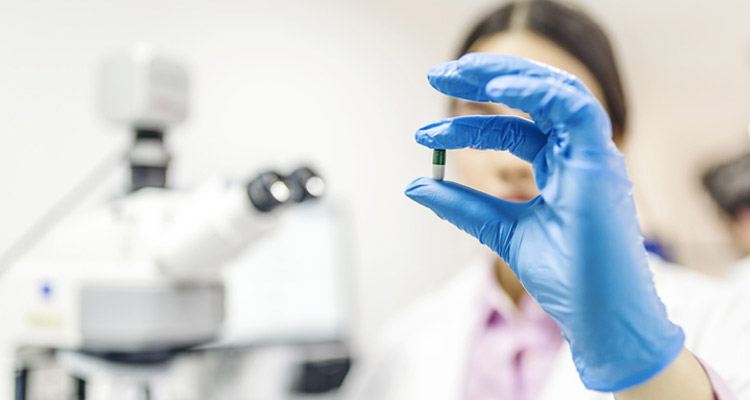 Revisiting Biosimilars: A Closer Look At The Commercial Barriers

In a past issue of this newsletter (September 2017) we took a broad look at the salient issues pertaining to the realm of biosimilars, including regulatory, legal, and commercial aspects of the debate. We refer readers here for an initial grounding if needed.  In the intervening time period, new developments have played out that highlight the significant barriers to commercial uptake that exist for these products.

Briefly, biosimilars are to biologics as branded drugs are to generics. However, both biologic drugs and biosimilars are by and large exceedingly more difficult to manufacture and thus bring to market as the production process is critical to the potency and release quality of these drugs within parameters established by the innovator product.  There are only yet 15 biosimilars approved in the US, and only five are actually commercially available, with the remainder being still blocked from the market due to patent exclusivity.  Contrast this to Europe, where 40 biosimilar products are approved.

The cost of production for these products is not nearly at the level of generics. Take insulin, for example.  Insulin has a somewhat hybrid role in the US, as the first formulations were approved before the biologics approval pathway existed in the US, so its “biosimilars” are approved under what is known as the 505(b)2 pathway in the US, as opposed to the 351(k) pathway used by products whose innovator products are a true biologic (as determined by approval pathway). The market would seem ripe for a Lantus biosimilar, as the product has greater than $4bn in annual sales. Eli Lilly already has a biosimilar to Lantus on the US market, called Basaglar, which is annualizing greater than $600m through its first six quarters into launch.

Merck, through a collaboration with Samsung Bioepis had a tentatively approved biosimilar to Lantus from July 2017. However, a filing by Samsung Bioepis in October 2018 indicated Merck had cancelled development and commercialization contracts for the product. One analyst report cited the decision to pull out as being due to a review of the market environment and production costs of insulin biosimilars.  If a biosimilar as relatively “simple” as insulin can be difficult to manufacture at scale with attractive margins, then this certainly cannot bode well for more complex protein products to do the same. With Merck’s exit, only Mylan, in collaboration with Biocon, is developing another Lantus biosimilar. While district court litigation is ongoing, a launch for Mylan and Biocon’s product is expected in the 2020-2021 timeframe.

Similarly, Momenta recently announced it would be cutting its biosimilar efforts altogether, and simultaneously cutting half its staff while it refocuses on its non-biosimilar pipeline.

FDA Commissioner Scott Gottlieb further shed light on another major commercial obstacle for biosimilars, dubbed the rebate trap, in a March 2018 speech at the America’s Health Insurance Plans National Health Policy Conference[1]. The deep discounts offered on certain branded specialty drugs (often biologic), in the form of rebates and other payment or contractual mechanisms, in many instances can be upwards of 40% to attain preferred formulary positions from pharmacy benefit managers (PBMs) and health insurers. Often these negotiated discounts are volume-based, so the greater the utilization over competitive products, the greater the spread from the wholesale acquisition cost (WAC) to the net price to the plan, with PBMs and health insurers earning a percentage of the spread. Launched biosimilar products have generally been introduced to the market with roughly 15-20% discounts to the WAC of originator products, and thus are unable to displace the originator product. Biosimilars get stuck in a catch-22 situation, where they lack enough patient share for plans to consider moving them to a better formulary position but are hindered from getting more meaningful market share while they sit on a lower formulary tier. PBMs remain financially incentivized to limit the uptake of biosimilars to maintain the flow of rebate payments on originator products. Simply further discounting the biosimilar so that the WAC is on par with the net price of the originator is easier said than done for reasons noted earlier, namely that these drugs have turned out to be much costlier to develop and manufacturer than earlier predictions.

PBMs are attempting to move past the bad press they have received around the rebate trap and the general practice of collecting rebates. Express Scripts recently announced the launch of its Flex Formulary, which will consider authorized generics of branded drugs for inclusion on the formulary, in either a preferred or non-preferred position, and, importantly, discontinue coverage of the branded product. This could foreseeably open the door to more biosimilar adoption on this formulary.  The first products added to the Flex Formulary were Epclusa and Harvoni, two hepatitis C drugs made by Gilead Sciences.

Humira in the hotseat

Gottlieb has gone so far as to suggest a competitive bidding scheme for biologics would be ideal[2], which is more akin to the experience in the EU. For example, Remicade sales have fallen over two-thirds in the three years since the introduction of its first biosimilar in the EU. Another closely watched drug is Humira, the world’s top-selling drug, as four biosimilars have just launched in the EU. One analyst report has said AbbVie, the maker of Humira, has won its first tender in Europe by offering an 80% discount off the price prior to the launch of biosimilars[3]. The deep discounting shows the extent to which the company is willing to go to hold onto market share.

Humira biosimilars in the US are still a pipedream, protected by a patent thicket the company has created with additional patents on formulations changes and extending life as new indications are approved. AbbVie has forged confidential legal settlements with several biosimilar makers, that will keep biosimilar copies of Humira at bay until 2023. In the meantime, AbbVie and Amgen are likely to continue to find themselves under increased scrutiny over the practice of repeated price increases for their top-selling drugs. A recent article cited nearly a 140% overall price increase for both of those drugs since January 2013[4]. Without biosimilar competition, and assuming continued price increases on par with recent history, both drug makers could see themselves in the hot seat in the court of public opinion.