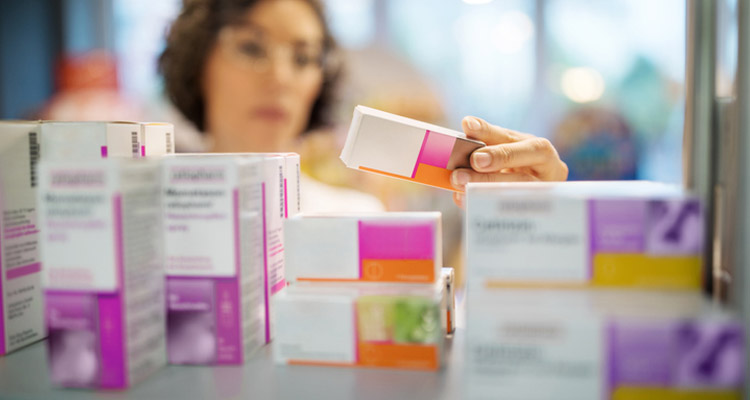 In Focus | June 2017 |
By Vince Mellet and Christine Livoti

In what feels like an increasingly polarized political climate, there is, perhaps surprisingly, bipartisan support for some sort of change to drug pricing. Yet, given the headline-grabbing nature of drug pricing of late, it may actually be low hanging fruit to support new mechanisms aimed at lowering healthcare costs. The lingering questions are what to do and how to do it. Here, we explore some legislative avenues for how Congress may move to bring down drug prices.

Some form of drug price negotiation has been floated by multiple politicians in recent years: both the FY16 and FY17 budgets from President Obama, as did Bernie Sanders, Hillary Clinton and Donald Trump as candidates in the most recent election cycle.

The more progressive and liberal position has generally been to allow the Centers for Medicare and Medicaid Services (CMS) to step in to Medicare Part D (prescription drug benefit) and negotiate drug prices on behalf of the government. Medicare Part D was created by 2003 legislation known as the Medicare Modernization Act, which contains a specific “noninterference” clause that stipulates the Health and Human Services (HHS) Secretary “may not interfere with the negotiations between drug manufacturers and pharmacies and PDP [prescription drug plan] sponsors, and may not require a particular formulary or institute a price structure for the reimbursement of covered part D drugs.” One seemingly quick fix would be to simply strike this noninterference clause, thus allowing for direct negotiation of drug prices.

Another option would be to create a public Part D that would operate alongside a private Part D – HHS would administer the public Part D and negotiate for drugs on that formulary. A third option would be to authorize HHS to negotiate for only a limited set of relatively expensive drugs with no therapeutic alternatives – i.e. high price specialty drugs with no generic competition. This last option was what was floated under the aforementioned Obama plans.

Pushback around trying to cut costs in Part D comes from the fact that the Congressional Budget Office (CBO) has, in the past, scored negotiation of Part D as not actually saving any money. Essentially, CBO questions whether the government would be able to do any better than private plans, who are already in the business of bidding for enrollees on cost and coverage. Further, to actually find any savings, the government would need to establish a formulary that would both exclude drugs and likely also have some utilization management restrictions – which may be hard things to stomach from a public plan in the United States, though is much more the expectation in certain EU countries. The ability to set prices, along with taking action against drug companies that do not provide large enough rebates to the government, have also been floated as other avenues for savings – though CBO has not actually provided any estimates around those ideas.

One last downside to looking for savings in Part D is that spending growth here has actually remained relatively flat compared to earlier projections – largely driven by branded drug patent expirations and the use of generics to bring costs down.

Aside from Part D negotiations, there is also some desire to fold Part B (out-patient setting) into Part D, and allowing PBMs and/or health plans to administer that program. The Medicare Payment Advisory Commission (MedPAC) has put some work into what they call the Drug Value Program, that includes letting doctors in Part B organize and create formularies that could directly negotiate with drug makers. Medicare would contract with a small number of private vendors that would negotiate drug prices, limited to no higher than Average Sales Prices (ASP); doctors would then buy drugs at negotiated rates from those vendors (which sound, in practice, much like PBMs, or at least, PBM-like), and Medicare would reimburse them. Doctors would also get an administrative fee and Medicare would pay doctors a share of what they save Medicare by participating in this scheme. This idea generates some pushback given the fact that PBMs are already seen as part of the problem around rising drug costs, and begs the question of why introduce them as a new player in a place where they do not presently exist.

2016 saw the failure of a proposed Part B demonstration project to test payment rate changes. Pulled in December, this would have changed the payment rate from ASP plus 6% to ASP plus 2.5%, plus a flat fee. A second phase was set to test value-based purchasing tools. The plan elicited criticism from industry, specialty doctor groups, patient groups, and even democratic lawmakers, before it was ultimately scrapped.

Despite campaign trail rhetoric, the recent President Trump budget proposal did not contain any of his previously mentioned ideas for tackling drug pricing, including government negotiation in Part D. However, there is a milieu of other proposals at various stages of consideration at the moment, which broadly include:

Though the Trump budget punted on this issue, a drug pricing resolution was recently added to the FDA’s user fee legislation, set for reauthorization this session. The added resolution urges the HHS secretary to work with Congress to “lower the cost of prescription drugs for consumers and reduce the burden of such cost on taxpayers.” The specifics of implementation are not yet clear.