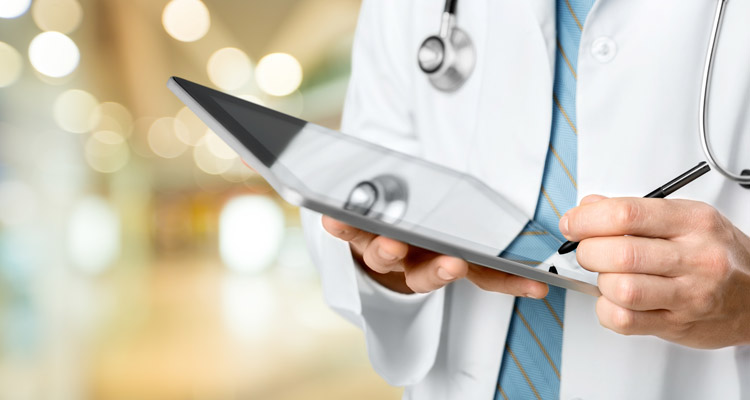 Electronic Health Records – On The Cusp Of Shedding Its Awkward Adolescence

In 2009, in connection with the Health Information Technology for Economic and Clinical Health (HITECH) Act, the government set aside over $30 billion to promote the implementation and use of electronic health records (EHR).  The policy objectives at the time encompassed a number of goals including: (1) improving the quality, safety and efficiency of care delivery; (2) engaging patients more fully in their care; (3) improving care coordination; (4) establishing an improved foundation for population health management; and (5) ensuring appropriate security protection for personal health information.  Notwithstanding the good intent, significant dollar investment and focused encouragement associated with this initiative, EHR adoption, and its presumed benefits, have been slower than expected to emerge.   Seven years and multi billions of dollars later the jury remains out.

On the one hand, great strides have been made in the number of physicians using an EHR.  The percentage of

providers reporting implementation of at least a basic system has doubled since HITECH was passed, and now stands at just over 80%.  On the other hand, it remains highly equivocal as to whether this expanded adoption has improved patient care, enhanced patient and physician satisfaction, or generated promised cost savings.  For each of these questions, a quick Google search finds a myriad of conflicting statistics, opinions, and anecdotes, providing ample “evidence” to pronounce HITECH either a resounding failure or an undeniable success.

Rather than weigh in on either side of this debate, or offer what is likely a premature assessment of ultimate potential, I would instead like to flag several areas of both early success as well as concern, and to highlight several future areas of currently unlocked promise.  In the area of clear wins, the percentage of physicians e-prescribing via an EHR grew from 7% pre-HITECH to over 70% by the end of 2014.  This is important because compared to paper or fax, e-prescribing has been shown to enhance medication safety by improving prescribing accuracy and reducing adverse drug events, and to reduce medication cost through higher generic dispensing rates and more informed drug selection.  Similarly, rates of compliance regarding the provision of preventive care and the ordering of recommended vaccinations and lab tests have improved, as has physicians’ ability to access patient charts remotely and share information for consults and referrals.

In the concern column, physicians have consistently suffered from productivity drops ranging from 25-33% in the initial phases of EHR implementation and many maintain they have been unable to regain their pre-EHR level of efficiency.  EHRs have also introduced new security vulnerabilities despite significant focus on patient privacy protections.

More tangentially, providers have expressed concern that the introduction of EHRs into the exam room has detracted from patient-physician interaction and actually reduced the amount of time a physician spends engaged in patient conversation.

This concern, while more pronounced among providers than patients, has even led to the emergence of medical scribes to enter information into the EHR while the doctor interacts with the patient.

Thus, we see the EHR industry continuing to progress, but not without growing pains.  As we look ahead, we expect the balance to continue to shift in a positive direction as concerns are addressed and benefits enhanced.  We see enormous potential in the area of improved patient engagement.  EHRs are highly effective at capturing in-person encounters, but as care expands beyond the walls of the exam room, capturing and tracking what happens between visits will be critical in navigating the transition to population health management and value-based care.  A recent industry survey of 500 insured consumers who use mobile/internet-connected health tools revealed that despite the wide-spread adoption of EHRs, 55% of users view them as tools to simply “stay informed.”  We need to see the pivot of EHRs from providers of information to triggers of action.

Similarly, we see EHRs as a powerful new tool to transform clinical research and public health.    Although the healthcare sector has historically trailed other industries such as banking and retail in the use of big data, the richness of information now captured within EHRs holds tremendous promise.  New tools are being developed to use EHR data to identify clinical trial candidates, detect disease triggers, validate best treatment regimens, and flag public health threats.   Evidenced based medicine, driven by the aggregation of individual data sets and big data algorithms, is starting to get traction and physicians are gaining the ability to assess the likely result of potential treatment alternatives based on data from other patients with the same condition, genetic factors, and underlying traits.  Pharma companies are using new datasets and tools to help design trials and identify potential trial participants, and we have already seen that EHR data in combination with historical patterns of flu activity and machine learning algorithms can provide a novel way of monitoring infectious diseases at the national and local level.

EHRs clearly have the potential to touch multiple aspects of healthcare and while change is rarely easy or without unintended consequences, we are confident that EHRs will ultimately improve the cost and quality of care in this country.  Achieving these results will require continued collaboration between public and private sectors and ongoing commitment to capturing, standardizing, and integrating the vast array of data generated by patients, providers, payors, employers, and even social media.  Providers will need to continue to refine the way in which EHRs are assimilated into their workflow and, most importantly, they and other channel participants will need to learn how to put the new insights enabled by EHRs into practice.