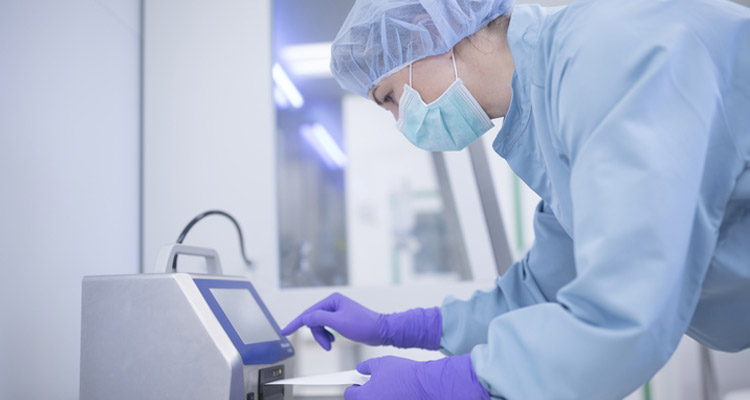 The term biosimilar has been buzzing around the biopharma industry owing to their potential for savings across the healthcare system and the potential threat they pose to major brand name drugs. While their arrival has been portended for many years, their approval, launch, and commercial adoption in the US has been slower than initial expectations. Now, with seven approved biosimilar products (three of which having been commercially launched) and an October 2016 FDA presentation noting 66 new products enrolled in the agency’s Biosimilar Product Development program, they appear to be gaining some momentum. Here we will provide an overview of some of the salient issues which are governing their availability and success in the marketplace.

What is a biosimilar?

Biosimilars are analogous to generic drugs. Generic drugs are copycats of branded drugs, with the same active ingredient, dosage form, safety, strength, route of administration, quality, and performance characteristics. In the same way, biosimilars are copycats of biologic drugs. While generics of branded drugs are small molecules you can swallow, synthesized by an organic chemistry process, biosimilars are biologics and typically need to be injected. They are most commonly produced in yeast, bacterial or mammalian cells which have been engineered to produce the desired protein drug product. Because the organisms that produce the drug products can vary in ways that are difficult to assay, there are complexities in proving equivalence that do not exist with synthetic chemical products.

The Hatch-Waxman Act of 1984 allowed for the introduction of generic drugs to the market, but biosimilars only obtained their own path to market in 2009 with the passage of the Biologics Price Competition and Innovation Act (BPCIA). BPCIA created an abbreviated licensure pathway for biological products shown to be biosimilar or interchangeable (emphasis added) with an FDA-approved reference/innovator product. This abbreviated pathway, known as a 351(k) application, allows biosimilar sponsors to submit their products with less than the standard full suite of preclinical and clinical data that a biologics innovator sponsor would be expected to produce. Biosimilar and interchangeable products are different.  Biosimilar implies a product which may have some differences when compared to the innovator product, but none which are clinically meaningful with respect to safety, purity, or potency. An interchangeable product (sometimes referred to as bio-identical or biogeneric) meets all the characteristics of a biosimilar, while also clearing higher hurdles: they can be expected to produce the same clinical results as the reference product in any given patient.

The agency has released some guidance on the development of biosimilars, in both draft and final form, a full list of which is available here[1]. The agency guidance on demonstrating interchangeability was released in draft form in January 2017 and has not yet been finalized. So far, no products in the US have been approved as interchangeable as the FDA is still struggling with what is required.

In terms of what is required for approval, the FDA has indicated it would like different degrees of evidence for analytical, nonclinical, clinical pharmacology and clinical studies for 351(k) applications compared to standalone development programs (those meant to establish safety and efficacy of a new product). For 351(k) programs, the agency would like to see the greatest amount of analytical data as the foundation of the application, followed by nonclinical and clinical pharmacology data, with additional clinical studies as the icing on the cake to mitigate any concerns the other three categories were unable to resolve (Figure 1[2]). This is somewhat flipped compared to conventional development paradigms where Phase I-III clinical trials are of utmost importance, particularly large, randomized controlled trials.

Different levels of concern will apply to 351(k) applications depending on the actual drug. For instance, recombinant versions of naturally occurring proteins probably do not merit the same levels of concern as non-naturally occurring biologics, like those commonly used to treat inflammatory diseases, or certain oncology drugs. Another area of uncertainty relates to drugs with approvals in multiple indications – it is still unclear if biosimilar sponsors can run a trial in one indication, but win approval for all indications of the innovator product. We will likely see an ability to extrapolate but this depends on how good the analytical portion of the filing is, and if there is a narrow therapeutic index or key adverse events in a different indication than the one studied.

One final sticky wicket is that BPCIA was passed as part of the Affordable Care Act (ACA). Given multiple attempts by the current administration to repeal the ACA does somewhat put BPCIA in gray area. However, given the bipartisan interest in curbing drug costs and overall healthcare costs, there would likely be sufficient interest to keep BPCIA alive in some way.

As noted earlier, while seven biosimilar are approved, only three have been launched. This is in part due to the “patent dance” that biosimilar and innovator sponsors have been required to engage in under BPCIA. BPCIA requires biosimilars sponsors to provide “notice” to innovators at least 180 days “before the date of first commercial marketing” to allow the innovator to sue for patent infringement on still applicable patents. The Federal Circuit interpreted the statute in a way that this notice can only be given after the approval date.

Overruling the Federal Circuit, the Supreme Court has ruled in Sandoz v. Amgen in June 2017 that the 180-day notice can be given prior to the biosimilar approval date, as the notice period beginning the date of approval in practice gave innovators another six months of market exclusivity. In some cases, this ruling should help biosimilars come to market six month earlier.

Biosimilar products probably fall somewhere in the range of $200-$500 million to develop when all development, regulatory, IP, and manufacturing (both the technical aspects of manufacturing, as well as at scale) costs are added up – far greater than the costs to develop generics. Because of this, biosimilars are unlikely to ever reach the same low cost thresholds of generic drugs and therefore the system will not realize the same degree of savings as it did with the introduction and uptake of generic drugs. Europe’s experience with approval and uptake does provide some proxy for what might happen in the US, but is probably the upper bounds of any  expectations for total savings. Certain EU countries have seen price decreases greater than 60% since the introduction of biosimilars for epoetin and granulocyte colony-stimulating factor, according to a 2017 QuintilesIMS report.

Because of the way they are reimbursed in the U.S., biosimilars face different barriers than typical generic drugs as well. These are largely based on the channel the innovator is reimbursed under, for instance whether they are Medicare Part B or Medicare Part D drugs. Medicare Part B covers certain doctors’ services, outpatient care, medical supplies and preventive services. Non-self-administered drugs are reimbursed under Part B, and considered medical benefit under a scheme known as buy-and-bill. Buy-and-bill drugs are purchased by the office/institution who take the upfront risk of laying out costs, and are subsequently reimbursed once prescribed to a patient. Medicare Part D adds prescription drug coverage on top of original Medicare (Parts A (inpatient services) and B). These plans cover the types of drugs which a patient would pick up at the pharmacy, (and thusly dubbed pharmacy-benefit) and can be heavily managed by both Prescription Benefit Managers (PBMs) like CVS and Express Scripts, as well as managed care plans (the Humanas, Aetnas, and Anthems of the world).

In general there is much more discounting and contracting for drugs in the Part D/pharmacy benefit channel than in the Part B/medical benefit channel. This creates an expectation for biosimilars to need to be priced about 50% less than list price of the innovator in order to get market traction to take into account all of the rebates and discounts throughout the value chain. As a bit of a double-edged sword, biosimilars sponsors will probably need about 30% market penetration in order to have enough negotiating power with PBMs. Despite these barriers, price erosion to innovators is expected to happen faster in Part D/pharmacy benefit than under Part B/medical benefit given the power of PBMs and their mandate of offering lower prices to their health plan customers.

Additionally, oncology is probably the largest biologics expenditure in Part B, creating some added reticence to move to biosimilars for what are viewed as life-saving drugs, whereas Part D is generally viewed as housing more “supportive care”-type drugs. The buy-and-bill structure in Part B gives more decision making power to doctors and their institutions, making it more fragmented in terms of adoption of biosimilars compared to the power that PBMs and health plans have in the Part D channel to make more broad sweeping changes.

Regardless of reimbursement channel, it is reasonable to expect stronger adoption of interchangeables over biosimilars as the former might be deemed as a “better copycat”. Drugs deemed interchangeable can automatically be substituted for the innovator product unless the prescribing healthcare provider expressly stipulates the branded product.

The recent approval and launch of a second biosimilar to Remicade will probably be an important case study for the industry as it is the first example of two approved biosimilars to the same reference product, and now starts to create more competition for a single drug. Deep contracting by innovators has so far largely kept biosimilar competition at bay, but it will be interesting to see additional biosimilars try to gain share given the dynamics thus far. In the generics world, there has been a rule of thumb that prices for a branded drug and its generics plummet once there are at least three approved generics. The analogous is likely to be true for biosimilars as well.

There are clearly still many moving parts related to biosimilars but things have started to take on more clarity as the FDA has issued guidance and approved products, the recent Supreme Court decision, and now the approval of two biosimilars with the same reference product. We continue to watch this space and hope to comment on further developments, particularly on the commercial front, in future issues.